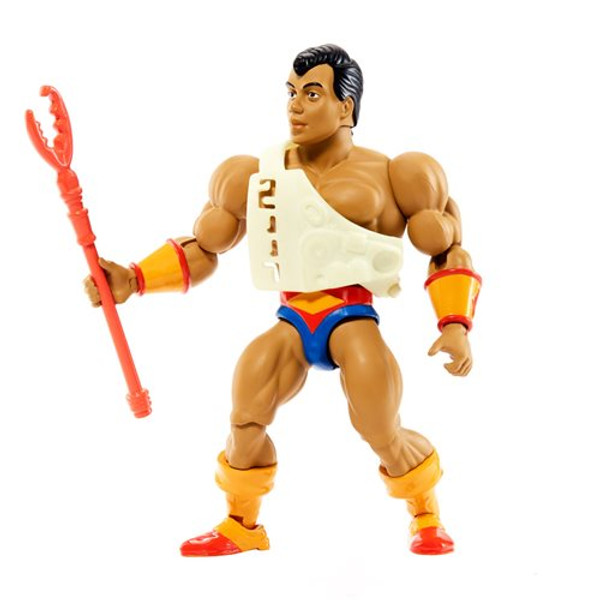 It's an exciting time to be a Masters of the Universe and Rulers of the Sun fan! The Rulers of the Sun action figures represent different ethnicities as Black, Latino, and Asian characters. For longtime fans and for a new generation of kids who love action and adventure, it's time to experience the thrilling action and adventures of He-Man, Skeletor, the secrets of Castle Grayskull and much more with the Masters of the Universe Origins Digitino Action Figure! Digitino is a computer wizard and ally of Sun Man and together they fight for justice against their nemesis, the evil Pig-Head, who spreads fear and despair around the world. This figure stands 5 1/2-inches tall and has 16 moveable joints so it's highly poseable for imaginative and action-oriented fun, Masters of the Universe style!

Longtime fans will appreciate both the vintage design details that honor the heritage of this beloved adventure franchise and the design updates that add an exciting look to the future. Each figure comes with a battle accessory and a mini comic book from a series that explores new story lines and introduces heroes, villains and allies in the timeless battle between good and evil! Aficionados will love the classically stylized retro-packaging. Keep an eye out for new characters to come, and curate a collection to play with and trade.